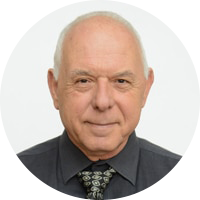 Dr. Baruch Kushnir is considered the major authority on the treatment of encopresis, enuresis, and potty-training in Israel. He has been running a network of fifteen clinics that specialize in these subjects since 1982. By 2019, a total of about 40,000 children have been treated in his clinics. In tandem with therapeutic work, Dr. Kushnir and also his staff conduct research in collaboration with universities in Israel and the also US. In addition, in 2008 he produced his animated movie “The Magic Bowl” that’s helped thousands of children to move ahead from diapers.

All members of our support team are psychologists with a doctorate or graduate degrees in psychology. Above all, they are specially trained in the field of bed wetting and sphincter control problems. Above all they work closely with Dr. Baruch Kushnir.

A clinical psychologist. acquired his Doctoral degree in Psychology at Tel Aviv University. Also he completed his postdoctoral studies at the Center for the Treatment of Anxiety Disorders and Sleep Disorders in Children and Adolescents at the University of Houston, USA.

Holds a bachelor's degree in social work from the University of Haifa.