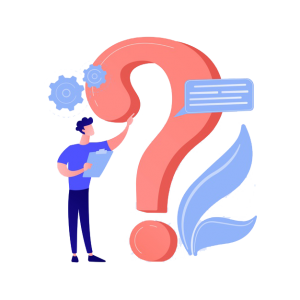 Should drinking before bedtime be limited?

Wetting the bed isn’t caused by excessive drinking before bedtime. Children without a bedwetting problem can drink as much as they like before going to bed and stay dry all night. They will either hold all night or sense the pressure in their bladder and wake up to the bathroom. This is exactly the experience that bedwetting children should achieve.
Attempts to restrict drinking in the evening don’t contribute anything to solving the problem. Rather, they spark off disagreements between the child and the parents, and they create a bad atmosphere at home.

Is visiting the bathroom before bedtime vital in the treatment of bedwetting?

Imposing on children to visit the bathroom just before bedtime doesn’t prevent bedwetting. It sets off arguments and creates a bad atmosphere at home.

Interpreting refusal as indifference, lack of concern, or even an intentional desire to wet the bed at night just adds to the child’s emotional suffering, and feelings of failure and helplessness.

Are there any particular kinds of food or drink we should avoid offering the child before bedtime?

Wetting the bed isn’t caused by any specific kind of food or drink taken before bedtime. Children without a bedwetting problem can drink and eat anything they like before bedtime. They will either hold all night or sense the pressure in their bladder and wake up to the bathroom. This is exactly the experience that bedwetting children should achieve.

Attempts to control the types of food or drink that children consume before bedtime don’t prevent bedwetting. It sets off arguments and creates a bad atmosphere at home.

Is bedwetting caused by deep sleep?

It is recommended to allow children who wet the bed to play, run around, and get tired as much as they like during the day. There’s no need to enforce limitations of any kind or set an early bedtime in order to avoid wetting at night. Such interventions spark off arguments and cloud the atmosphere at home.

Can Waking-up the child to the bathroom at night solve bedwetting?

Most children don’t wet the bed at night – whether they’re woken up or not. Bladder control is automatic and independent. Most children (and adults) sleep through the night uninterruptedly, and if their bladder fills up, they wake up and go to the bathroom.

Waking up children at night on parents’ initiative may prevent wetting the bed during a particular night, but it won’t develop ability to control the bladder automatically. Over time, an action like that might damage the quality of their sleep and adversely affect their ability to concentrate and function in daytime.

When they sleep deeply and resists being woken up to go to the bathroom, it leads to exhausting pointless arguments, that cause even more distress for children and parents.

Does rewarding a child for a dry night help solve bedwetting?

The child doesn’t control bedwetting. It’s a problem with activating the automatic reflex system that controls the bladder – and the alarm treatment is aimed at correcting that problem.

Offering rewards or threatening punishment could sharpen alertness, make sleep less deep, and facilitate achievement of a certain control of the bladder. But that control isn’t based on normative, independent functioning of the reflex system, and generally it collapses after a few days, and bedwetting is resumed. In this context, there’s a common phenomenon among bedwetters who stay dry when they sleep in another house (at relatives or friends). Some parents interpret it incorrectly as a “further proof” that their children are capable of overcoming the problem if they only wish to.

Offering rewards also conveys an implicit message of lack of trust towards the children and misunderstanding their difficulty: it places responsibility for the problem on their willpower. It’s a mistake that damages self-image and compounds feelings of loneliness, frustration and helplessness. So it is wrong and destructive to offer rewards or threaten with punishments.

Should bed wetting children wash their own beddings?

Imposing on bedwetting children the task of laundry as a punishment so they would make a greater effort to remain dry at night – is wrong, harmful, and humiliating. Bedwetting is a consequence of a physiological problem. The child has no real control, and punishment not only doesn’t contribute to solving the problem, it will harm and humiliate him.

Should bedwetting children use diapers?

The best way to deal with the problem of bedwetting is treating it with the bedwetting alarm.

In children who aren’t treated, disposable absorbent night underpants make it much easier in practical terms to cope with the problem: they save the physical unpleasantness, the odors, and the never-ending laundry. Their use allows children and the family to sleep away from home, go on vacations, etc.

Diapers can also be used during the treatment itself (the bedwetting alarm is attached to the underpants) and this completely avoids wetting the clothes and bedding.

Is bedwetting the result of parents’ mistakes?

Most children become dry at night between 18 months and 3 years of age. It is an outcome of a natural developmental process and doesn’t depend on any actions by the parents. In fact there’s no one “correct” step parents can take to stop the child wetting the bed at night.

And so there’s no reason for parents to search for the mistakes they made, nor should they have feeling of guilt or failure in this matter. Almost all children who aren’t naturally dry at night by age 4, can be successfully treated with the Bedwetting alarm.

Is the bedwetting alarm treatment suitable for my child?

The bedwetting alarm treatment is suitable for most children.

To get our precise answer about your child, please fill out our Preliminary Diagnostic Questionnaire.

When wetting is only a nighttime event, there’s no need for medical tests. When it happens both at night and in the daytime, it’s worth asking your pediatrician to perform urine tests and an ultrasound of the urinary tract.

Can treatment by the bedwetting alarm be harmful?

Treatment with the Bedwetting Alarm is not harmful at all.

Once bedwetting is resolved there is a significantly positive impact in several other areas. The general atmosphere at home improves, the laundry-loads decrease, as do the unpleasant odors, there’s no reason to be angry at the child, and to keep the issue “a secret”. The child’s self-image improves – from a previous sense of failure and mortification about bedwetting, the child’s confidence improves together with their social adaption skills.

We tried using the bedwetting alarm in in the past and failed - can we succeed now?

If the bedwetting Alarm is used without appropriate professional assistance, it is very difficult to succeed. When treatment is given in a professional framework that provides guidance, support, and follow-up – it’s very hard to fail.

So even if you have experience failure in the past, you can certainly succeed this time.

Is it better to apply the bedwetting alarm treatment in summer or in the winter?

There’s no difference at all.

Any time and any season of the year are fine for applying the bedwetting alarm treatment.

While the tendency to wet the bed is often hereditary, it’s not a given that a child will continue wetting the bed until the age his parents did. The problem can be successfully treated as early as age four.

Child is sensitive to the wire underneath the shirt.

Some children complain of sensitivity to the touch of the cable that passes under the shirt and touches their skin with certain types of wired devices. To prevent the cable from contacting the skin, two shirts can be used when the cable is passed between the two. In addition, it is also possible to suggest to the child that the alarm be installed for them only after they have fallen asleep so that they do not feel it at all.

Child is sensitive to the pad inside the underwear

Some children are sensitive to the touch of the pad or the clip of the sensor inside the underwear. In these cases it is recommended to use two pairs of underwear one on top of the other and to place the attachment in between the two pairs. Thus the only item that is in contact with the child’s body is their own underwear.

Child is frightened by the sound of the alarm

Although the main problem with alarm treatment is deep sleep there are children who may be startled by the sound of the alarm. When there is a fear of such a possibility, especially for children treated at a very young age (4) action should be taken. It is very important to prevent traumatic experiences of the child at the beginning of the treatment in order not to create resistance and fear of the continued use of the alarm. There are several options: a. Practice using the alarm with the child before beginning treatment. Allow the child to turn the alarm on and off several times. Ask the child to pretend to be asleep and then “wake up” and go to the  toilet when you activate the alarm. B. Operate the alarm at a low volume. C. Sleep next to the child on the first few nights or allow the child to sleep next to the parents. D. Place the buzzer outside the child’s room or even in the parents’ room at the beginning of the treatment in those cases where a wireless alarm is used. The parents will hear the buzzer and quickly reach for the child’s bed to wake them up. Later they will gradually get used to the sound of the buzzer.

Should the alarm be worn every night?

It is very important to use the alarm every night during treatment. At the same time, reality often dictates conditions that make it very difficult to use the alarm. For example, accommodation with friends or a ban on the use of a buzzer due to religious guidelines for keeping the Sabbath. In such cases the use of the alarm on certain nights can skipped. As long as the alarm is used consistently, the quality of the treatment will not be impaired.

DAYTIME WETTING About 20% of all children who wet the bed at night also wet themselves while they’re awake. We see those little circles of

How to select a bedwetting alarm

Speed up the process of progressing from infant diapers to toilet chairs or toilet seats with The Magic Bowl App. 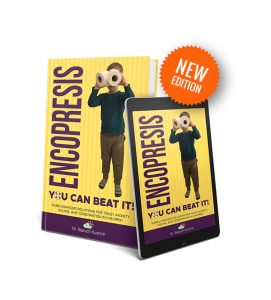 Encopresis— you can beat it!