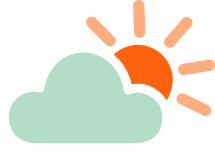 From a 7-year old boy

“My name’s O. T., and I came to your clinic when I was 7 and was still wetting the bed at night. After a short treatment of two weeks I was able to stop it, and now I’ve been dry for six months. I want to say thank you very much – to you and the alarm bell you gave me – because of both of you I feel much better, more confident and now I can go to sleepovers at my friends and they can come for a sleepover in my house. I didn’t think it was possible in such a short time but it’s a fact, I did it. I want to say to all kids who still wet the bed not to wait until they’re seven but to go to the clinic as soon as possible and get dry quickly – just like happened to me. Thank you very much again for your devoted treatment and the nice way you behaved with me.

O. T. – who loves getting up dry every morning.”

“We came with our daughter L. for treatment for bedwetting at Dr Kushnir’s clinic in Binyamina. L was 7 in March 2012 and we’d been trying to help her get toilet-trained since she was four, but nothing worked. Finally we consulted with a pediatric urologist who suggested medication that doesn’t solve the problem but blunts it. We didn’t want that!

The urologist didn’t recommend treatment with the alarm but when I read material on the Internet I saw that it’s really helpful in many cases.

After praying to G-d that he would send us good messengers who would help our daughter, we met with Tali, the therapist at the clinic in Binyamina. She explained about the treatment and we started out.

All the explanations we got, the answers to questions we asked, and the solutions to problems through Tali, were all correct and our daughter was dry within 4 months. It needs constant patience, not to get frustrated or give up. We saw results and improvement throughout the process, until the end.

We would like to thank Dr. Kushnir and all his staff from the bottom of our hearts, particularly Tali Shapira, the therapist who helped us in everything during the process.

We are so happy that we came to you and you healed the problem our daughter had that we’d been unable to solve for years.

May your work be blessed, and may your efforts succeed

To anyone interested – please see this letter as a warm recommendation for using this form of therapy.”

“Hi, I contacted the clinic after feeling desperate with so many attempts and prejudice and after our first session we realized everything we’d done wasn’t enough (not letting him drink at bedtime, waking him up and so on). We understood that we were now in the good hands of professional physicians. We started treatment with the cordless alarm and in a week the problem was absolutely solved. Today, four years later, there hasn’t been a single bedwetting incident… I recommend with all my heart the clinic, the courteous treatment staff give patients, and the rapid replies and results that at first sounded unlikely but it’s a fact – it works and how! So although it’s a bit late, thank you and I really recommend you. Sincerely, S. L..”

Mother of a 5-year old girl

My daughter of 5 came for treatment for bedwetting at Dr Kushnir’s clinic after suffering from the problem for years. We didn’t know what could be done, we were quite skeptical about therapy for bedwetting, we thought it’s a question of age or perhaps that he was doing it on purpose – we almost went insane.

We decided to take things seriously, and after searching the Internet we found this thing called Dr. Kushnir. We came for the introductory meeting and we bought the ‘electronic alarm.’

We started using it and like a dream or a magic spell or whatever you call it, just six weeks later, our daughter completely stopped wetting the bed. I’ve hardly got words to describe how life changed in our home after the treatment succeeded. To anyone with similar problems, I recommend not wasting time. This treatment is stunning!!! I should note that my daughter is quite a tough little girl and slightly spoilt – and we thought it would be exhausting, but we were amazed to see how quick and effective it was. Warmly recommend this to all sceptics…

Sleepovers are an option now…

M. started treatment for bedwetting after two years over which my husband and I debated whether to use the device or not.

Today after a short, accurate and highly successful treatment, I can’t believe we allowed ourselves to think about it for so long ….

In two months, our daughter completely stopped wetting the bed, nights became restful for the whole family – no need to change the sheets and underwear, no need to air the mattress, but most important – M. was freed from feelings of shame and sadness.

She started the treatment at age seven, and is now a really self-confident 7½-year old.. During vacations, she can spend the night at her grandma’s with all her cousins, without worrying about waking up wet in the morning …

The whole process was worth every cent.

M. and I sincerely thank you.

I totally recommend it.

“Our son, 5½, would wet the bed almost nightly before we contacted you some months ago. The story with him was that he had become relatively dry at night but after his little brother was born he started bedwetting again (he’s the middle kid). For months we tried all sorts of methods (‘a sun/rain calendar,’ ‘pee-pee prizes,’ promises, and rewards), and that’s just for starters… Mostly from methods in advertisements and CD’s that deal with the problem. Usually it helped for a week, but afterwards we were back where we started.

How often can you get up every night and OK, let’s start changing: the sheets, blankets, pajamas, it’s irritating, tedious, exhausting and we were getting desperate! We felt our despair was triggering off things that didn’t really help the whole situation, and then I started wondering if continue like this when he’s 18…??

Also, A. had “accidents” throughout the day. Sometimes with poo as well. We were sure it all had an emotional backdrop (“maybe he’s unhappy in pre-school,” “He’s just had a little brother”) but we learnt from you it’s purely a physiological problem, not an emotional one.

I came across the advertisement for Dr Baruch Kushnir’s clinic at our pediatrician. I received a referral from her (that’s how I got a discount from our HMO) and told myself ‘what will be will be.’ At least we tried this too. What can you do, your skepticism erupts after so many failed attempts …

What happened in the next few days after the first meeting where we met you (by the way A. really liked you and all the time wanted to go back and visit you at the clinic again) – it was just unbelievable! Three days!! For three days the device beeped and A. got up wet, but after Day 4 he got up dry every morning. At first there were occasions when the beeper woke him up but he wasn’t completely wet, at most a few drops, and he managed to hold it in and do the rest in the toilet!

For a long period, A. woke up of his own accord at night when he felt he had to wee, went to the bathroom and returned to sleep. Generally, he slept through the whole night.

I want to express my great admiration for your treatment, my satisfaction with the method and its awesome results, and the change that took place in A., almost overnight.

I have no doubt at all that the fact he doesn’t wet the bed at night boosted his confidence tremendously – it’s obvious to me and everyone around him.

So I wholeheartedly recommend your clinic to anyone interested, and in fact I recommend to people meet who I hardly know, but who have similar problem. And most important – the method’s success depends on correctly preparing the child for the new road ahead of him, and principally to get the parents’ cooperation so the treatment succeeds and they achieve the goal.